This manual is compiled to provide Oldsmobile service men with adjustment procedures and specifications for the 1957 models. An understanding of the material contained herein and in supplementary Dealer Technical Information Bulletins, issued when necessary, will assist service personnel in properly maintaining the quality to which Oldsmobile cars are built. 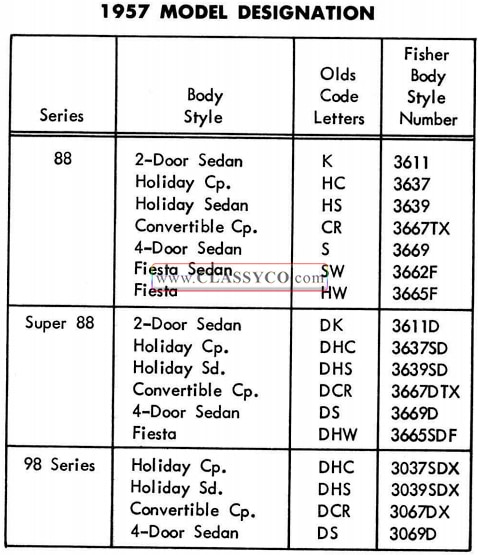 The engine serial number is stamped on a machine pad on the top of the left cylinder bank between the center and rear exhaust manifold ports. The pad is painted white before stamping to make the numbers stand out. Engines are numbered beginning with A001001. (See Fig. 1-1). Export engines are identified by a letter “E” added after the serial number. Example: A001001E. The tops of the pistons in export engine are concave to provide a lower compression ratio. 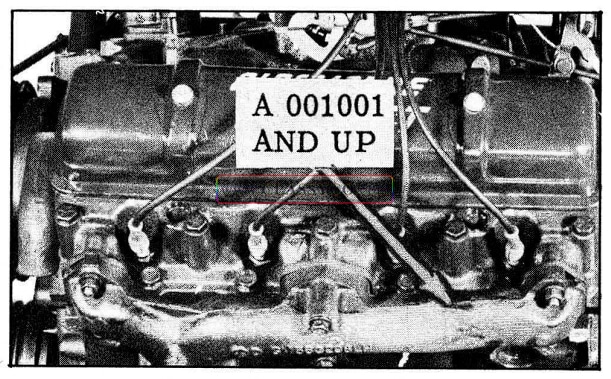 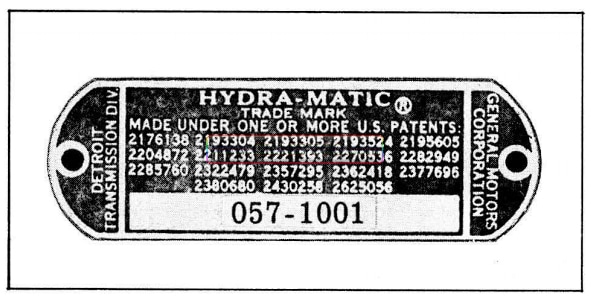 The body and style numbers are stamped on a plate which is located under the hood on the cowl near the right hood hinge. The plate shows:

Station wagon bodies are made by the Ionia Manufacturing Division of the Mitchell-Bentley Corporation. The plates are similar to the Fisher Body plates as shown in Fig. 1-3.

NOTE: WHEN ORDERING BODY PARTS OR WRITING SHOP ORDERS IT IS VERY IMPOR­ TANT THAT ALL LETTERS AND NUMBERS BE INCLUDED FOR CORRECT BODY IDENTIFICATION. 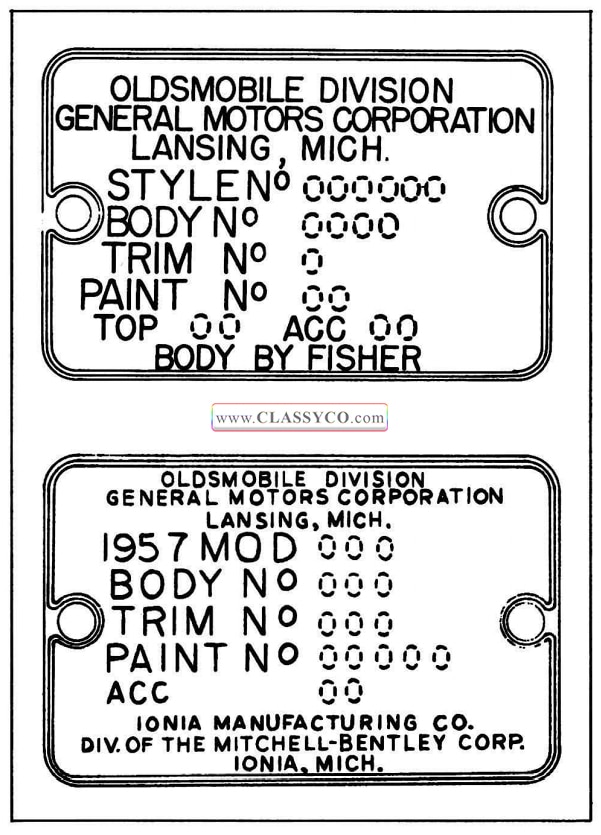 The 1957 car serial number plate is located on the left front door pillar as illustrated in Fig. 1-4. Each serial number is prefixed by three numbers and a letter. First two numbers (57) indicate the year 1957. The third number designates the series.

The letter in the serial number indicates the assembly plant at which the car was built. “M” indicates a Lansing-built car, “A” an Atlanta­ built car, etc. (See STARTING CAR SERIAL NUMBERS CHART.} 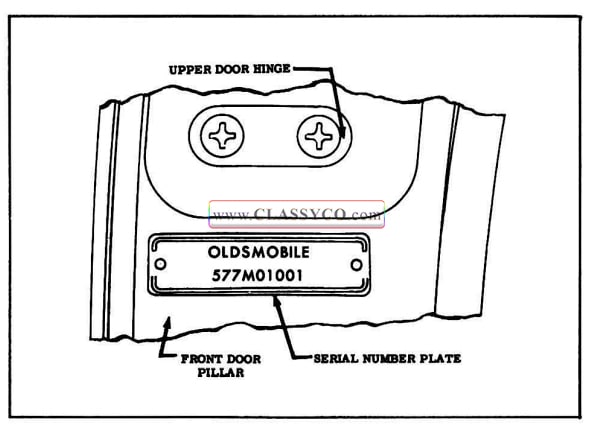